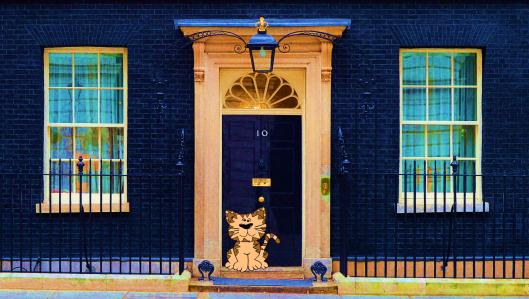 It feels like Brexit is in the lap of the gods. But, I hope that eventually (and that’s very soon) it will be dragged kicking and screaming to an almost certain fate. Meanwhile, as it faces the dying of its light it continues to bring out the best and the worst in our politicians at Westminster, those who work in the media and those with strong views.

Westminster is rich in traditions and procedures that have served the country well for a great number of years, so it should come as no surprise that there is a formally documented code of conduct for members of the UK Parliament.

In particular, in section three paragraph six of the Duties of Members (UK House of Commons), we find the following:

“Members have a general duty to act in the interests of the nation as a whole; and a special duty to their constituents.”

Therefore, if MPs do not act in the best interests of the nation then they are not fulfilling their duty as members of Parliament. Yes, there is a tendency for some MPs to put party before country and even bums on seats before country, but this isn’t how it is supposed to work.

It has been clearly articulated that any Brexit option would make the UK poorer and more precarious in the short to midterm, and this would have negative consequences for workers, businesses, social services, education and health that would otherwise be avoided if the UK remained within the EU.

On the small and individual level this contempt for the code of conduct of parliament is manageable. But, it becomes truly problematic when the government of the day aggressively whips MPs into acting against the best interests of the country and even their constituents; as is clearly the case with Brexit.

True, it is argued that the government has a responsibility to enact the will of the people. But, this is also a specious red herring, especially given that Parliament is paramount and sovereign. Parliament can decide, preferably with good reason, that the best interests of the nation are not served by any sort species Brexit, and as a result, they are at liberty to act according to their own criteria – if it serves the best interests of the nation.

What many people fail to understand is that Parliament is not subservient to the result of any consultation or any perceived voice of the hidden majority. If people don’t like what Parliament decides then they are free to vote for another candidate in general elections and by-elections. Essentially, everything else is optional, and say what they might say, referendums are simply consultations that can be ignored.

Parliament is not beholden to any consultation. Indeed, British democracy means that we have the right to change our minds and that parliament has the ultimate right to be informed of, given time to adequately debate and to vote on papers, propositions and motions, and all that jazz.

Put another way. Brexit, any species of Brexit, would be the single biggest act of self-harming lunacy in the entire history of the UK. Is that really in the best interests of the UK?

This is why MPs can and must stop this Brexit lunacy, cancel Article 50 and apologize for the trouble caused.

That’s all from me for today. Many thanks for giving me your time and please don’t hesitate to leave your comments below. So, until our paths cross next time.

Brexit: A question for Jeremy Corbyn

UK: Better off with Brexit

Brexit is not legit

The Madness of Brexit

The Conceit of Remainers: The Brexit Boloney Continues

Can Ruth Davidson save the Tories?

1 thought on “Brexit and the Will of the Woolly”