This article is the first in a series of articles that discuss aspects of the use of architectural patterns in the Cambriano Information Supply Framework 3.0

The term architectural pattern may sound grand, misleading or daunting, but it’s really quite a simple concept. It’s like writing a function in a programming language to log in to a database, check that the connection is alive and working and report back the success of the connection request. If that function can be reused either in the same application development, in the same IT shop or in IT in general (e.g. Java code to connect and test the connection to SQL Server) then it’s well on its way to becoming an architectural pattern. Of course, there are much more sophisticated architectural patterns. But generally a pattern is a simplified and generic template for address a generally occurring problem. But as with much in architecture, less usually turns out to be more.

END_OF_DOCUMENT_TOKEN_TO_BE_REPLACED

If you enjoy this piece or find it useful then please consider joining The Big Data Contrarians. END_OF_DOCUMENT_TOKEN_TO_BE_REPLACED

It’s not something I have thought about a lot. But, apropos of nothing, a question came to mind. That question, as if you couldn’t guess by now, was “why do I like LinkedIn?”

Well, here is my first attempt at addressing this question. 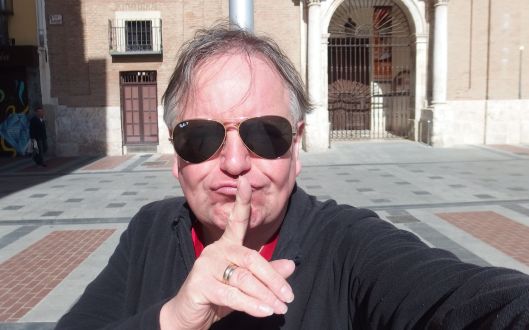 END_OF_DOCUMENT_TOKEN_TO_BE_REPLACED

I’ll make this short, sweetish and to the point.

These are the arguments that CEOs need to know about Big Data.

It was written for CEOs and those who provide independent advice to CEOs.

If you are someone who wants to be prepared for CEOs who are armed with the realities of Big Data, then maybe this is for you too. END_OF_DOCUMENT_TOKEN_TO_BE_REPLACED

You want Big Data predictions for 2017?

These are my Big Data, Data Warehousing and Analytics extrapolations for 2017. They are based on extensive, exhaustive and enigmatic work carried out by top-notch researcher gurus at Cambriano Energy, between December 2015 and December 2016.

So, stick with us as we survey the landscape that will be Big Data in 2017. END_OF_DOCUMENT_TOKEN_TO_BE_REPLACED