Continued from Part 3 which can be found here -> Part 3

“The following week the full high-powered delegation from The Taffia Connection and BogartSys fly in. It was if an army had come to do battle with us. Uniformly slick, sullen and tacky. iPhone; laptop; knock-off Marks and Spark’s; check patterns; butt ugly ties; ‘plastique’ shoes; mismatching socks; ‘business’ rucksacks; all weather hoodies; and, worst of all, off-the-peg smirks just begging to be slapped”.

The members of the group look at Crème with a certain degree of empathy, recognising all too well the painful reality of having to face-off a thoroughly obnoxious array of people.

“So, after a brief welcome and introduction, my CEO turns directly to the Taffia delegation and asks them what they believe is going wrong with the programme”.

“The CEO of Taffia says they have no indication of any problems on their side, that what they do have is knowledge of grave problems with the professionalism, competence and levels of cooperation of the BankInnit staff”.

Does this remind anyone of yet another case of ‘not so friendly friendly-fire’?

“I am gobsmacked. I stare with absolute disbelief at the conceited face of the mendacious brute; I feel the energy of my anger flash across my face, I feel my nervous system pushing me to action. Disgust cannot begin to describe my feelings. Fight or flight; run away or attack and mortally savage the wilful aggressor?”

She takes a deep breath “Sure, I know that these people can be brutal. But I hadn’t expected such a barefaced set of lies to be used as the opening gambit”.

“The nightmare becomes worse as excuses after excuses are rolled out by the Bogartsys wide-boys.”

“Why didn’t their promises on data quality pan out? Back comes the pre-planned rapid response! We had supplied them with the wrong type of bad data;”

“How come they lost our regional client list on a train? They tell me that we didn’t tell them that our client list was important; and anyway, they were ‘only Spanish clients’;”

“Why weren’t there any Business Analysts on site? Because no one had bothered to get any visas. Because no one expected anyone would have to talk directly with the business other than the onsite managers and senior consultants; “

“Why weren’t any development platforms put in place in time for the start of development? Because they had anticipated delays in the analysis phase they wanted to save money;”

“Why wasn’t there any testing phase in the programme plan? You wanted testing as well? Why didn’t you say? That’s a request for change, with an additional cost”.

“So it went, on and on and on. It lasted for what seemed like forever. I don’t know if Hell exists, but what I was living was a pretty close approximation”

“The upshot of it all was that I carried on in my role of CIO as best as I could for four more months, with everything imploding around me. I became so depressed that I eventually resigned; in anger, bitterness and disgust”.

So what’s the takeaway from all of this? Actually there are so many takeaways from this story that you could mistakenly think it was an order for carry-out meals made by a massive pre-wedding out-on-the-town party. 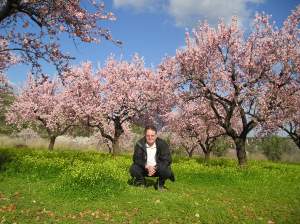