Even before the Duke of Gloucester had berated Edward Gibbon for his “thick, square book”, the encouragement of ignorance was already a powerful force in the English speaking world.

In a young USA, both Thomas Jefferson and John Quincy Adams, were accused of being unsuitable for political office due to their intellectual pursuits.

Much later, Richard Hofstadter, in a classic study of the plight of intellectualism in the USA, noted that “It seemed to be the goal of the common man in America to build a society that would show how much could be done without literature and learning–or rather, a society whose literature and learning would be largely limited to such elementary things as the common man could grasp and use”.

Indeed, the widely popularised and populist Andrew Jackson, seventh President of the United States, delighted his followers with witty observations of the type “It’s a damn poor mind that can only think of one way to spell a word”.

In France, Sarkozy’s “Cultivated Anti-Intellectualism” used to be something of an embarrassment, given that the Gaullist right were never “quintessentially vulgar” or anti-intellectual. That was in sharp contrast to the situation in other G8 countries, where “bread and circuses” are served up as a daily substitute for political engagement.

Indeed, if people consider that a bit of rad chit-chat on the old iDog ‘n’ Bone is a form of political engagement, then where are we?

Which leads me to Isaac Asimov, as dead as he is, who thought that there was a ” false notion that democracy meant that ‘my ignorance is just as good as your knowledge'”.

Meanwhile, in the UK, a former Education Secretary told an audience, including “gifted and talented” children, that academic success is to be celebrated as much as sporting achievement, adding “being clever is sometimes seen as a term of abuse, for example: ‘Too clever for your own good’.”

Unfortunately this was the very same person who was also the cabinet colleague of a man who blamed the French for the Iraq War, because, according to this particular ‘brain box’ they had caused the war, because, they voted against it.

It didn’t stop there, because the justification for using the “blame the French” ruse was so mangled and indecipherable, that comedian Mark Steel was lead to remark that “the Government would have done better to have their policy explained by Po of Teletubbies”.

Anti-intellectualism extends to the political blogosphere, where the established principle seems to be that the way to attack the opposition is not to address it – because that would involve reading and comprehension and joined-up-writing. But, conversely, to mock, ridicule, trivialise, deny, invent, deflect, and misrepresent, is an acceptable opening gambit, which when all else fails, can be replaced by attack using blunt adjectives and deceitful indignation.

Of course, there is nothing new in that. Stewart Lee is on record as saying that “you can prove anything with facts, can’t you”, since, when an argument cannot be sustained by reason or evidence, then gut instinct and prejudice become your friends.

It seems that giving a reasoned and well placed opinion is actually a transgression. Something that decent chaps just don’t do. As if political life was a football match, between right and wrong.

The keeper in the red, effortlessly blocks a weak shot, boots the ball right up the field to his mate cruising in the opposition’s penalty area, who Gareth Bale like, sends the ball crashing into the back of the opponents net.

Of course, when things don’t go to plan, Team Right, in the blue strip for those watching in black and white, surround the man in black with appeals to reason. 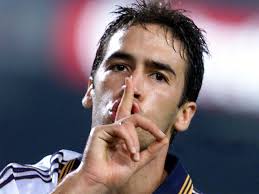 “Eh, Referee! The other lot are cheating again. That argument was well offside”.

This cultivated anti-intellectualism is not confined to politics.

Just look at the manufactured hype and faddishness surrounding Big Data, and the wilful ignorance of those who truly want to believe.

Anti-Intellectualism is not clever or funny, and ultimately it is divisive and destructive.